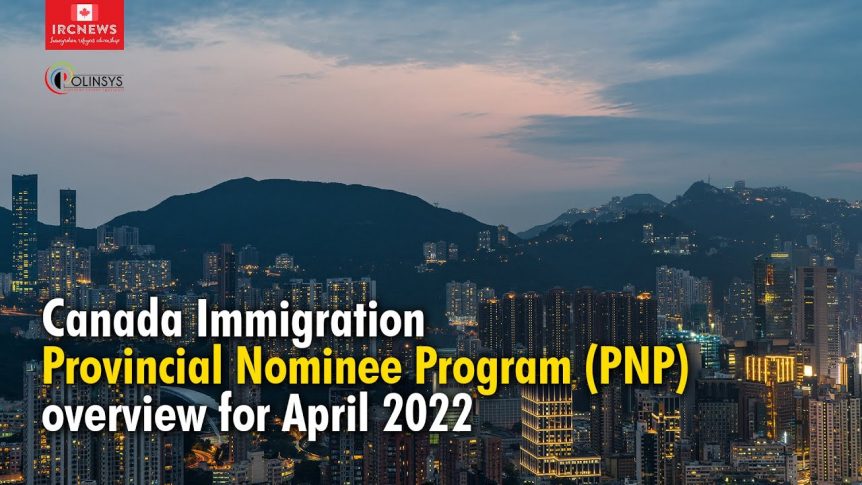 Good day ladies and gentlemen, this is IRC news and I am Joy Stephen, an authorized
Canadian Immigration practitioner bringing out this release of the PNP overview for the month of
April, 2022 from the Polinsys studios in Cambridge, Ontario. Today is the 7th

month of
the year. The provinces picked over 2990 people for possible PNP programs in a month. The
PNP program offers Provinces the choice of selecting their own residents. Most funded services
for citizens are offered by Provinces to their residents like Health Care and Education.
Even though FSWP and CEC is temporarily stopped, PNP’s have the tendency of being
processed because the needs of provinces must be met. However, keep in mind, that Federal
programs for FSWP and CEC is opening on July 2022, which is just 2 months away. Let us
discuss the provinces now

Alberta:
Alberta released the results of a draw held through the Alberta Immigrant Nominee Program.
The province invited a total of 250 candidates to apply for a provincial nomination on April 14,
under the Alberta Express Entry stream.
British Columbia:
Through the British Columbia Provincial Nominee Program, the province invites the top-scoring
provincial candidates on a weekly basis. Invited candidates may apply to Express Entry British
Columbia, Skills Immigration, as well as the Tech stream. These programs are some of the most
active in the country.
Manitoba:

Prince Edward Island:
Prince Edward Island Provincial Nominee Program (PEI PNP) draws are prescheduled and held
once a month. This year’s schedule was released by the province on January 1. The PEI PNP
draw for April was held on April 21 and invited 130 candidates from the Labour Impact and
Express Entry streams and 11 from the Business Impact stream.

Quebec:
Quebec Immigration has conducted draws through the Arrima Expression of Interest system.
The draw held on April 07 issued invitations to 33 candidates.

New Brunswick Express Entry Stream
Starting April 1st, 2022 Post Graduate Work Permit Holders (PGWP) who have completed their
studies outside of New Brunswick are eligible to apply for the NB Express Entry Stream, only if
the applicant receives a job offer in a NOC that is related to their field of study.
Just a reminder that the Wholesome approach offered by Polinsys supports multiple Canadian
Permanent Residence pathways both federal and provincial, on a single platform. Please attend
the FREE on-demand webinars by following this link: https://polinsys.com/p. This is the
snapshot for Provincial programs for the Month of April, 2022 and from all of us at the Polinsys
studios in Cambridge, Ontario, Adios! 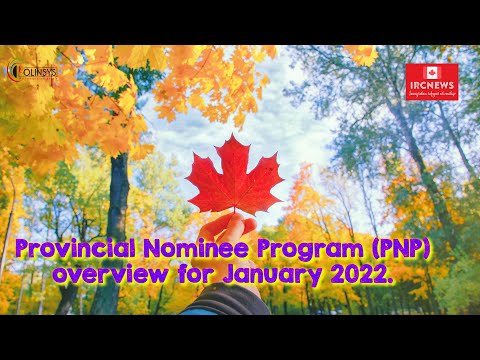 Good day ladies and gentlemen, this is IRC news and I am Joy Stephen, an authorized Canadian Immigration practitioner bringing out this release from the Polinsys studios in Cambridge, Ontario. Today is the 5th of Feb, 2022.

This year, 2022, Canada’s PNP programs have done very well considering it is the 1st month of the year. The provinces picked over 4500 people for possible PNP programs in a month. The PNP program offers Provinces the choice of selecting their own residents. Most funded services for citizens are offered by Provinces to their residents like Health Care and Education.

Even though FSWP and CEC is temporarily stopped, PNP’s have the tendency of being processed because the needs of provinces must be met. The federal Government invited over 1400 PNP candidates in January which is quiet a high number. Let us discuss the provinces now

This shows the effectiveness of Provinces and the changing face of Canadian Immigration approaches. 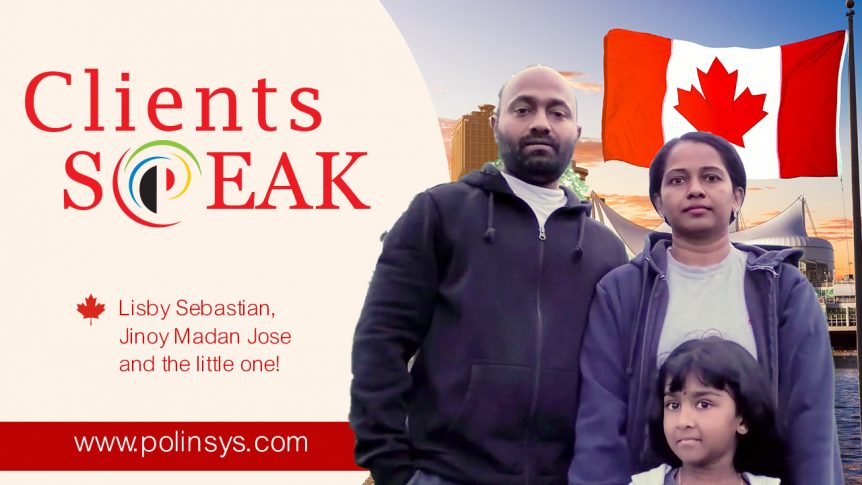 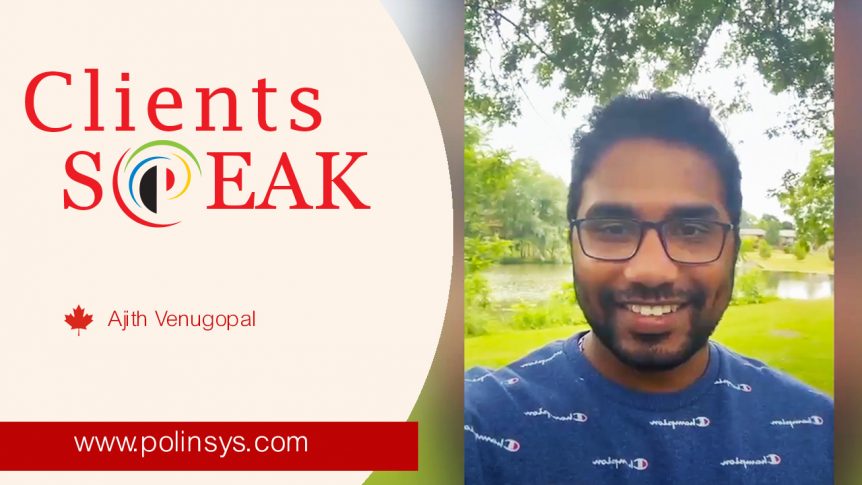 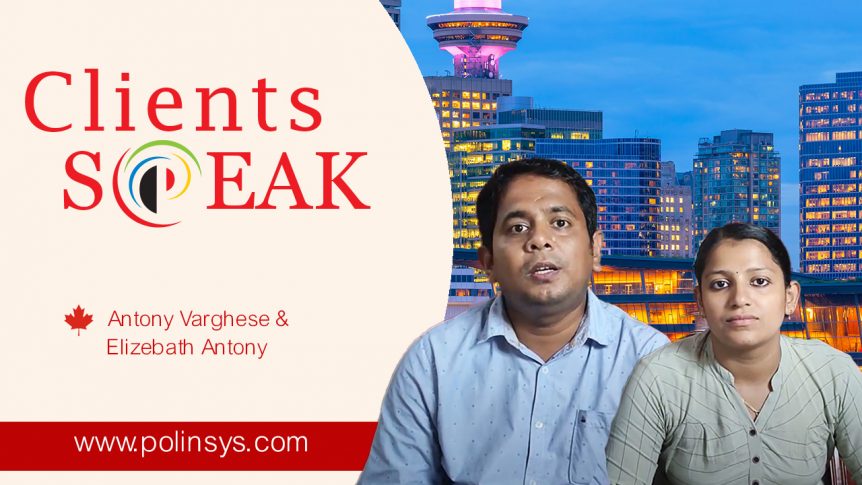 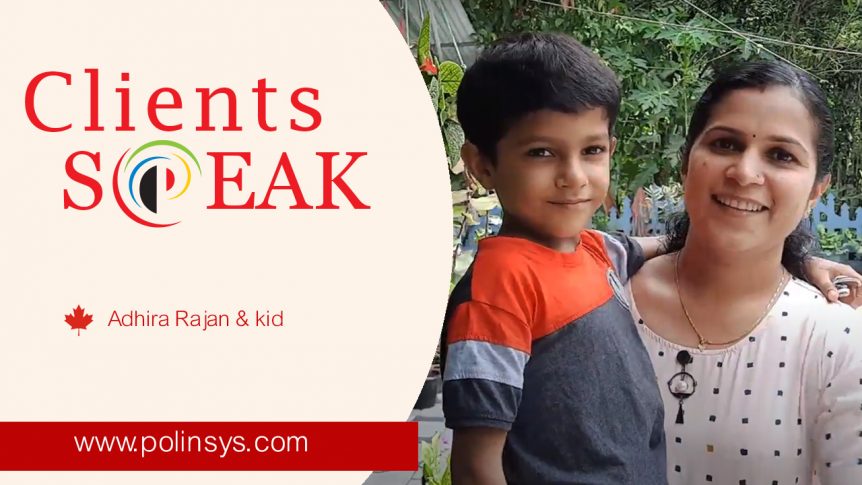 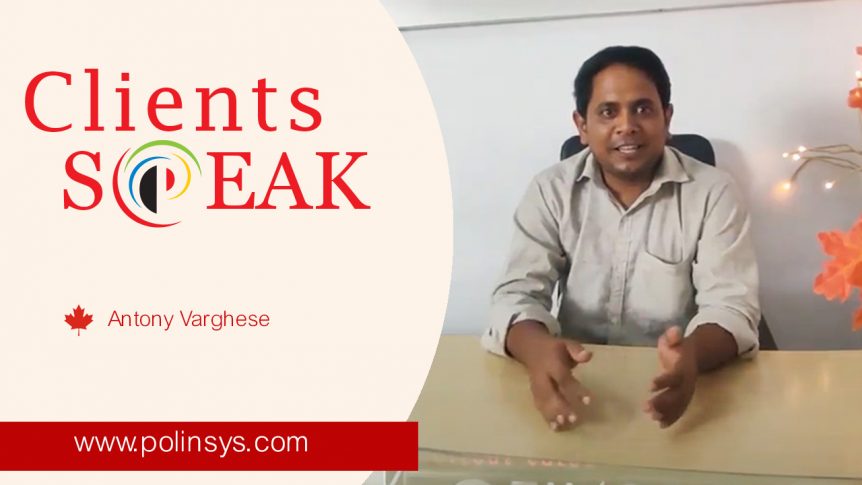 With a Combination of Employer Driven pathways, Education Pathways, Provincial Nominee Programs, it is possible for a family to become a Canadian Permanent Residence in 2 years. The endless wait is over. If you have any doubts, please WhatsApp +1 647 8014019

Please attend the FREE On-Demand Webinars at any time and place as per your convenience here: https://polinsys.com/p/

And then attend the free Live Zoom webinars every Friday to clear your doubts.

An International Healthcare Worker EOI submission is not an application to the SINP. It is a pre-application form which allows you to fill out an online form to indicate your interest in working in Saskatchewan in a selected Health sector occupation and show your qualifications.

The information asked for is used to identify you for job opportunities being offered by Saskatchewan healthcare sector employers.

Those who have skills needed will be contacted with job posting information, identifying where and how to apply for a job opportunity. If you are selected and receive an employment offer, you may be eligible for the SINP’s International Skilled Worker: Employment Offer or the Hard-to-Fill Skills Pilot.

Not all candidates who submit an EOI will receive a job opportunity notification. There are no limits on the number of workers who can submit an EOI; however, candidates can only have one EOI profile.

Please contact you Polinsys Document Specialist if you belong to any of the following NOC codes:

Post-Covid approaches are going to be different. There are several Permanent Residence pathways to Canada and participating in each and all improve your chances. For Clients in developing nations, our platform is going to change completely, and the new platform is likely to be cost-effective as well as participation in several approaches is going to be open to all Polinsys clients. New details will be released by November/December 2021.

Canada offers multiple Permanent Residence Pathways. Please attend all sessions to understand the different programs and select the ones which you would consider the best for you based on your circumstance.  Here are the upcoming Canadian Immigration Information Sessions for the month of September 2021

Most meetings are for 45 minutes, some are for 30 minutes and are information-based, If you have specific questions, please send them to questions@polinsys.ca and they would be addressed at the meetings! Follow the Subscribe here link to get a meeting invite.

If you want to refer your friends to join meetings, please share this page!

The following positions need to be filled immediately: https://polinsys.co/j

We encourage everyone to learn from these free sessions, understand the process and opportunities and attempt your Canadian Permanent Residence with an educated understanding of the process. We are here to assist those who need someone in Canada to represent their Immigration and Employment interest. Our services go beyond just filling forms!

If you are keen on receiving a WhatsApp notification on each of these events, please include +1 647 8014019 as a Polinsys contact on WhatsApp. You will ONLY receive notification and invite for all the zoom meetings if Polinsys is listed as a contact in your WhatsApp app. We do not send WhatsApp messages to individuals who have not listed us as a contact in WhatsApp to avoid sending messages to those who do not want to receive them.